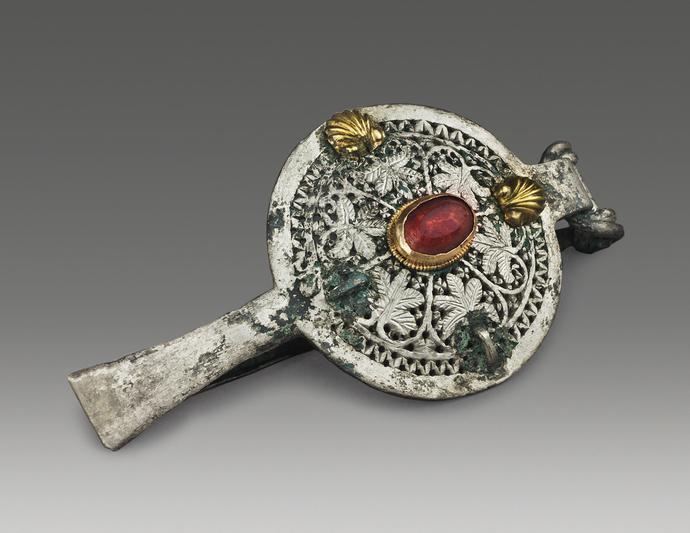 This fibula is of a very unusual type, with a particularly elaborate body. The plate is composed of an intricate openwork design of interconnecting floral motifs, set with four gilded scallop attachments, of which two remain intact. The centre of the plate is adorned with a large oval-shaped cabochon garnet. The garnet itself is a of a distinctive shape: flat on the top with sloping sides. Certain technical features, including the shape of the garnet, the use of a gem enclosed in a high gold collar with beaded wire, and the silver body distinguish this example as belonging to a distinctive group of fibulae that seem to have originated in an east Gothic workshop in the Black Sea region. During the fourth and fifth centuries, it was customary for large and elaborately-wrought belt buckles and fibulae such as this to be awarded to high-ranking officers and foreign dignitaries as marks of status. Examples of a similar character originating from a Black Sea workshop are published in J. Spier, Treasures of the Ferrell Collection, (2010), pp. 193-194, nos 143-146).