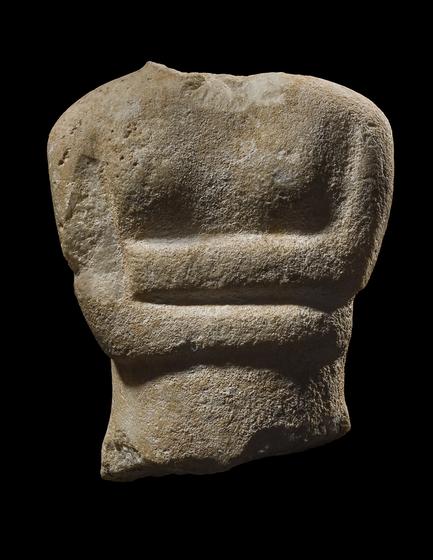 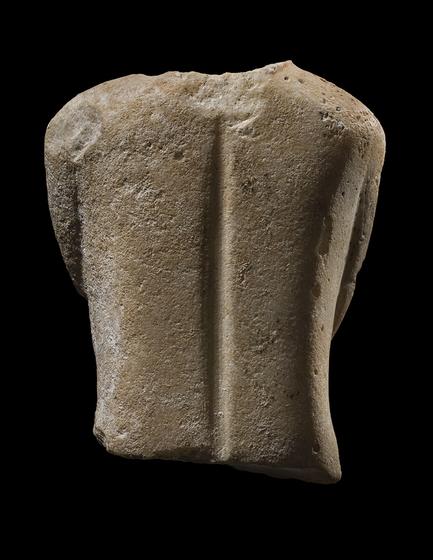 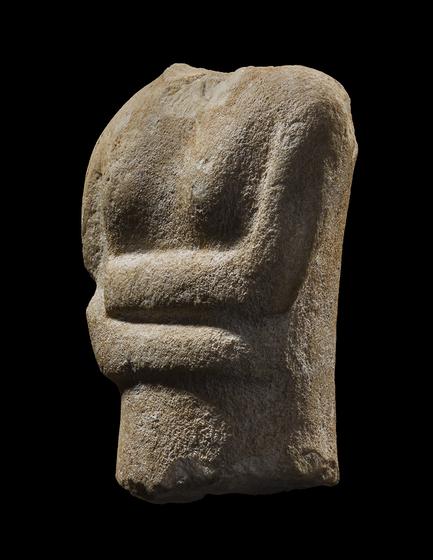 This robust fragment, embodying simply the torso and iconic ‘folded arm’ pose of the subject, presents a tantalizing glimpse of the celebrated abstract sculpture of the Cycladic islands. In its fractured form, it is rendered all the more enigmatic, as mysterious as the culture that created it more than four-and-a-half thousand years ago.

The appeal of Cycladic sculpture to the modern eye lies not just in its understated minimalism, but also in the inherent beauty of the medium; carved from the finely crystalline, native island marble, which even in antiquity was famed for its superb quality. The present torso would have originally formed part of a full female figure, depicted nude and reclining. The exact function of these figures within Cycladic culture continues to elude scholars. However, the frequency of examples found in graves and sanctuary contexts suggests a ritual association. Many fragments from a sanctuary on the island of Keros were ceremonially broken, a fact which can account for the preservation of fragments such as the present, rather than complete figures. That the majority of examples depict nude females, often with their arms crossed over the abdomen, also indicates a connection with ideas of fertility and regeneration.

Symbolically, the preserved portion of the present piece represents perhaps the most important part of the Cycladic figure, since the folded-arm pose is considered not just a preference of design, but a protective embrace across the belly and the new life imagined within.

Eminently appealing in its raw simplicity, this piece draws in the viewer’s gaze to the very core of the body, the ancient seat of human emotion.