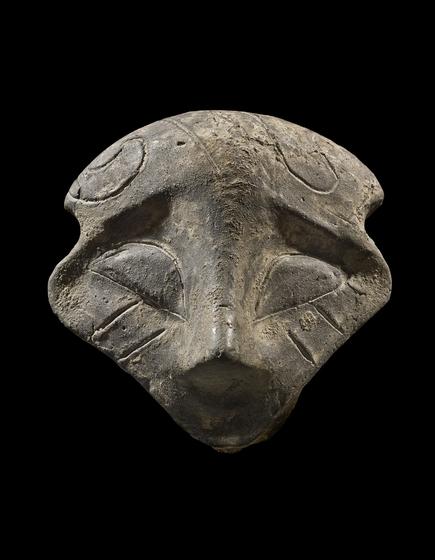 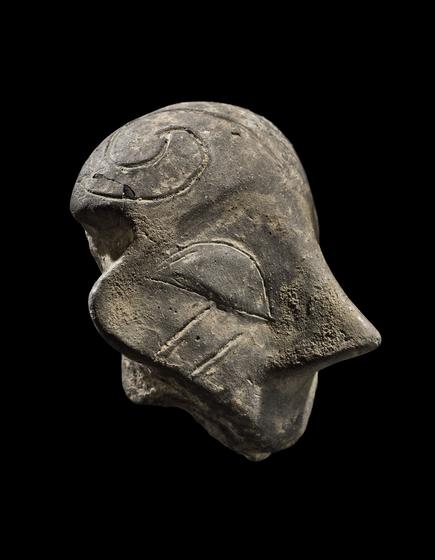 The art of ‘Old Europe’ is one of the most fascinating and enduring forms of human expression. Terracotta statues representing both human and animal figures, as well as hybrid combinations of the two, were a traditional part of the cultures of Central Europe in the Neolithic period. This was a time of innovation as the people of Neolithic Europe established the first domestic crops and livestock. Long-standing settlement sites indicate that large architectural structures, stone tools, pottery, and domestic and ritual implements were all important parts of the culture. With their clear, solid forms and simple contours, the figures created by the Vinca culture, which occupied what are now the Balkan States, are attractive to the collector of ancient and modern art alike.

The present head would have originally been part of a full anthropomorphic figure. Usually referred to as idols, these terracotta figures, are the most intriguing of ancient Vinca material culture, and are usually interpreted as having a ritual or religious significance. They encompass a number of different figural types, but all share certain stylistic, formal, and decorative characteristics that identify them as works of Neolithic Central European origin. These simplified works are figural stylizations or abstractions and are comprised of solid blocky forms with large unbroken surfaces. This approach to the figure allowed artists to incise lines, curves, and other geometric marks on the surface.

The figures of the Vinca culture feature large heads with distinctive masks, as in the present example. These masks are triangular or pentagonal in shape with shallow, curved heads, high, notched cheeks, a sharply pointed chin, and no real indication of a mouth. Incision plays a role here as well, as does perforation. Figures have at least one perforation at each cheek, but some may have multiple piercings that most certainly carried small amulets and protective trinkets. Earlier figures have masks with molded semicircular eyes while those of a later date have large, incised almond-shaped eyes.

It has been suggested that these Central European idols represent humans in ritual roles, wearing masks that identify them as a number of deities. The female figures in these roles are all various manifestations of the Great Goddess. The Bird Goddess is perhaps the most popular, but Snake, Bee, and Bear forms also appear.