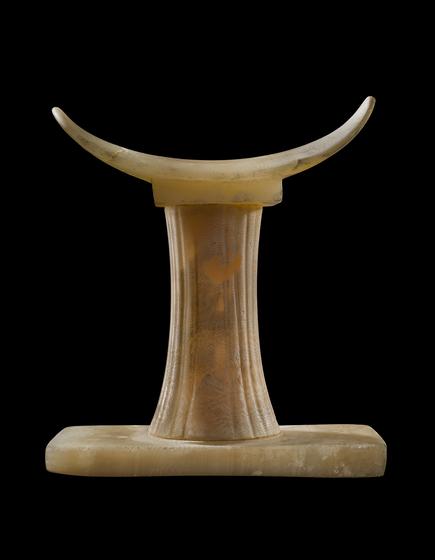 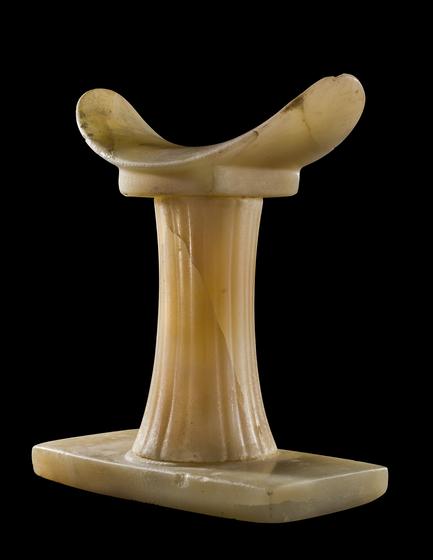 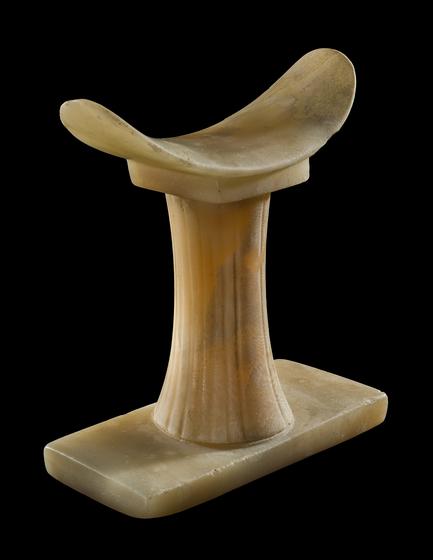 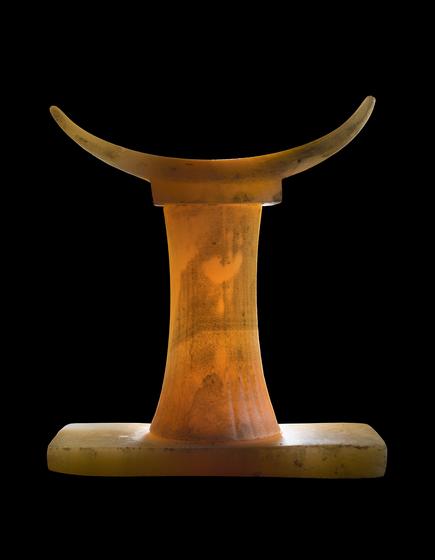 The practical and magical properties of the headrest are attested throughout the long history of ancient Egypt, from the third dynasty of the Old Kingdom through to the Ptolemaic Period. The earliest and finest examples are usually made from alabaster, such as the present, but wood, earthenware, and ivory are also known. The headrest was typically made in three distinct parts – the curved pillow on which the head is supported; the gently flaring fluted columnar shaft, and the rectangular base that supports the whole structure.

Headrests were used in everyday life as pillows, as well as in tombs; they were believed to have apotropaic properties that protected the head of the deceased in the Afterlife and prevented the body becoming detached. Furthermore, evidence suggests that the Egyptians associated the head with the rising sun, and its placement on a headrest with the notion of resurrection. A well-known spell from the Book of the Dead further attests that the lifting up of the head of the mummy was connected with the hope of rebirth.

The present example is a study in harmonious proportion and balance, a fine demonstration of the ancient Egyptians’ expertise in producing beautiful works of functional utility in their native translucent alabaster. Its clean lines and abstract aesthetic truly belie its date of creation, over four thousand years ago.

The cosmological link between headrests and the sun is presented by B.R. Hellinckx, ‘The Symbolic Assimilation of Head and Sun as Expressed by Headrests’, Studien zur Altägyptischen Kultur 29 (2001), pp. 61-95.