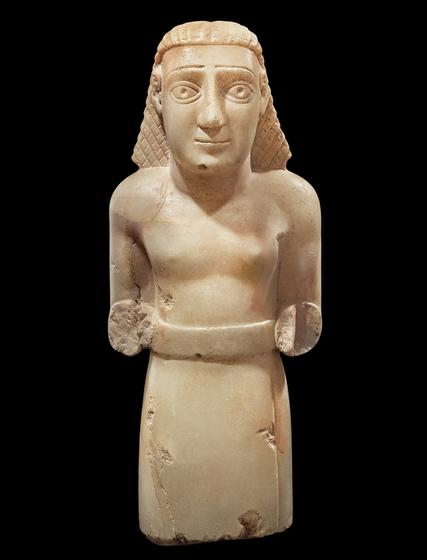 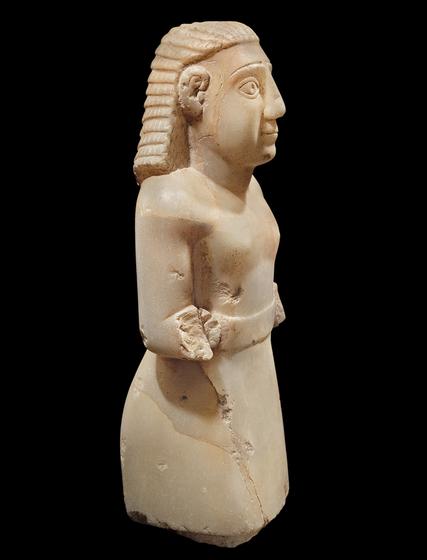 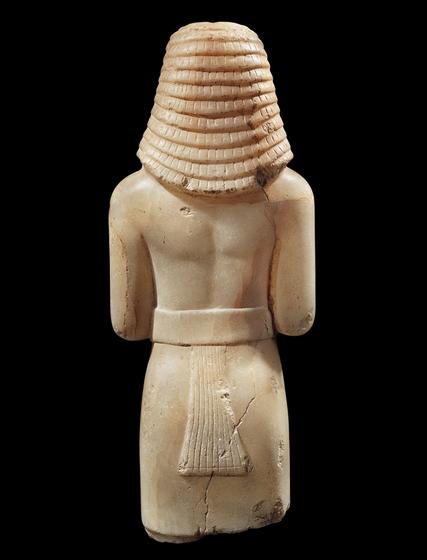 South Arabian art, while most famous for its uniquely abstract style, was not immune to influences from other cultures. Considering the Arabian Peninsula’s pivotal role as a major trading hub throughout antiquity, it is only natural that contact with neighbouring civilizations would have an effect on South Arabian art and culture. This engaging male figure owes much to the sculptural traditions of Egypt and Mesopotamia with its frontal posture, graceful linear style, bare torso, and belted skirt. The quality and scale of this work suggests that it would have decorated a temple or sanctuary, most likely as a devotional representation of a ruler or other individual of high social standing.

The present statue is unusual both for its size and for its more naturalistic approach to the modelling of the human figure. While one can still see that it was carved from a single block of stone, the contours of the body do not strictly adhere to the rectangular shape of the stone. Statues from the north Arabian sanctuary of Al-Khuraba, a major Lihyanite city dating to the fourth to third century BC, share similarities with the present figure, from the general shape of the body, to the volumetric modelling of the musculature, and the choice of garment.

The overall effect of this statue is one of imposing power and grace, fitting sentiments for a statue that probably depicted a ruler or important official, standing as a compelling symbol of their accomplishments, forever immortalised in a perpetual act of devotion.