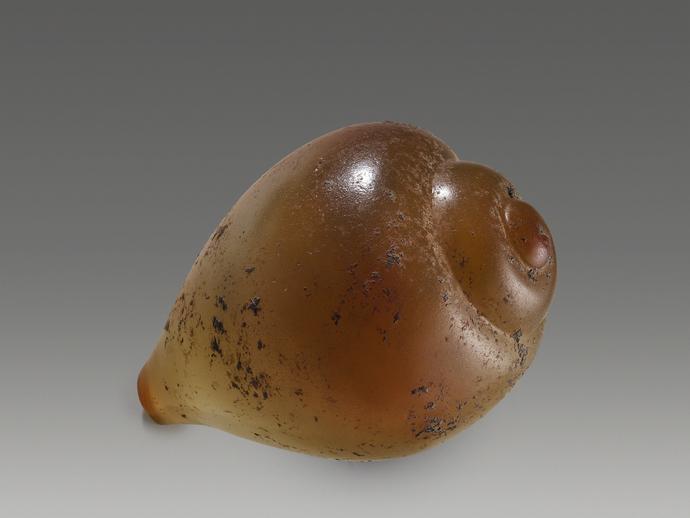 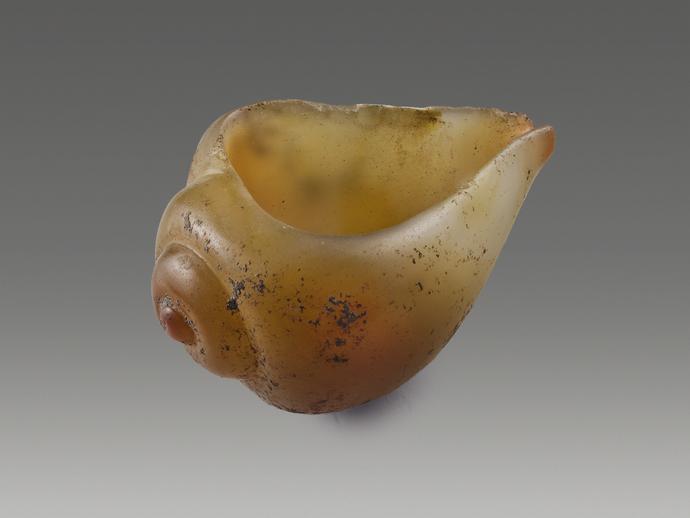 Seashells have held special significance in the religious beliefs of many different cultures and civilisations throughout history. Originating from the sea and home to living beings, shells are symbolic of fertility and the unbridled power of the deep. The ancient Egyptians wore seashells as apotropaic amulets, and also fashioned imitations from precious stones such as agate and carnelian, in the manner of the present example. These charms were then placed in tombs to accompany the deceased and continue their protective embrace in the afterlife.

Similar practices are also known from Phoenicia, particularly among burial finds from Carthage, with shells and imitations often deposited and sometimes fashioned into functional objects such as containers for cosmetics, and pendants. The Phoenicians, over and above many other ancient civilisations, had a particularly important relationship with the sea, and the existence of seashells among their grave goods underscores this special and enduring association. The Phoenicians owed their immense wealth to their monopoly of maritime trade. So too, the expensive purple dye used to colour textiles that was famous throughout the ancient world was extracted from murex shells first produced from the Phoenician city of Tyre (hence the name ‘Tyrian Purple’). The presence of the seashell, then, is profoundly symbolic of this rich civilisation’s relationship with the life-affirming power of the sea.