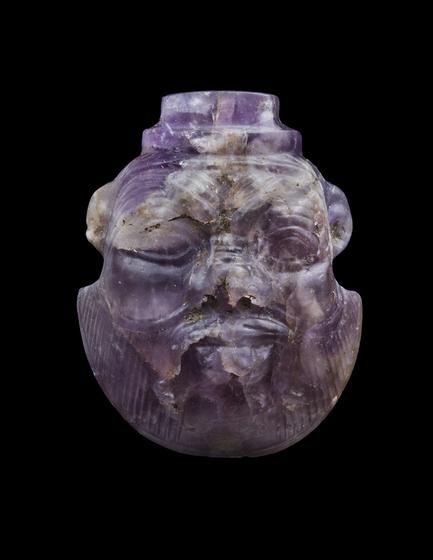 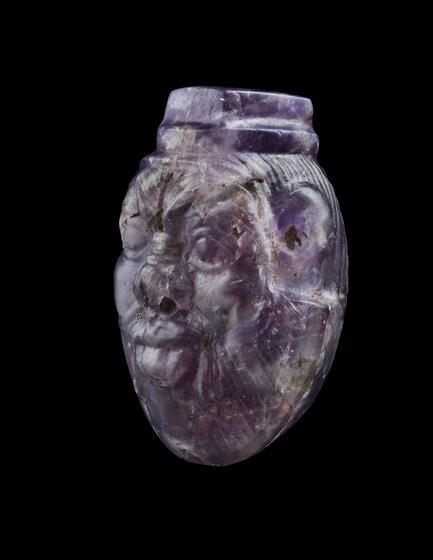 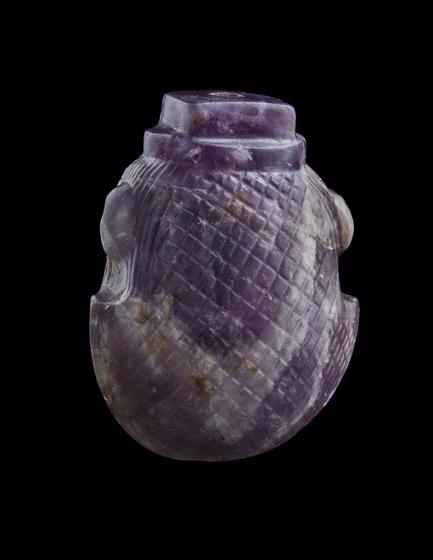 Bes was the Egyptian god of fortune, fertility, and the arts, and in particular was worshipped as the protector of households, mothers, and children. Although venerated since the beginning of the Old Kingdom (circa 2700 BC), his cult did not attain widespread popularity until the New Kingdom (circa 1570 BC). Images of the deity were kept in homes to ward off evil, and were also kept about the person, in the form of appliqués and amulets, such as the present, to ensure the god's protective embrace at all times. Whilst images of Bes in materials such as faience are not uncommon, examples in amethyst are very rare. Imported into Egypt from southern Africa and India, amethyst was always regarded as a precious material, and was thought to possess protective, evil-averting properties.

Bes was a unique deity in the Egyptian pantheon. There were no temples dedicated to his worship, and no priests were ordained in his name, yet his cult was pervasive, reaching every household in every echelon of society. Bes' appearance is also unique amongst other Egyptian deities. He is grotesque, with several leonine features, including a full mane and tail. Here, he is shown full faced, as if wearing a mask. Typically, he is depicted with the body of a nude human dwarf, with bandy legs, muscular limbs and a corpulent belly. His characteristic features are remarkably captured here, on this intricately carved miniature sculpture of the monstrous god, a testament to the exceptional quality of everyday objects during this notable period.